Cannabis has been used by our forefathers for generations. More recently, science has found that Tetrahydrocannabinol (THC), the compound responsible for weed’s psychoactive effects, bind and activates specific receptors found throughout our brain and body. These cannabinoids and subsequent cannabinoid receptors play a large role in how our body functions and ultimately, how cannabis affects us.

Cannabinoids Inside Our Bodies – The Endocannabinoid System 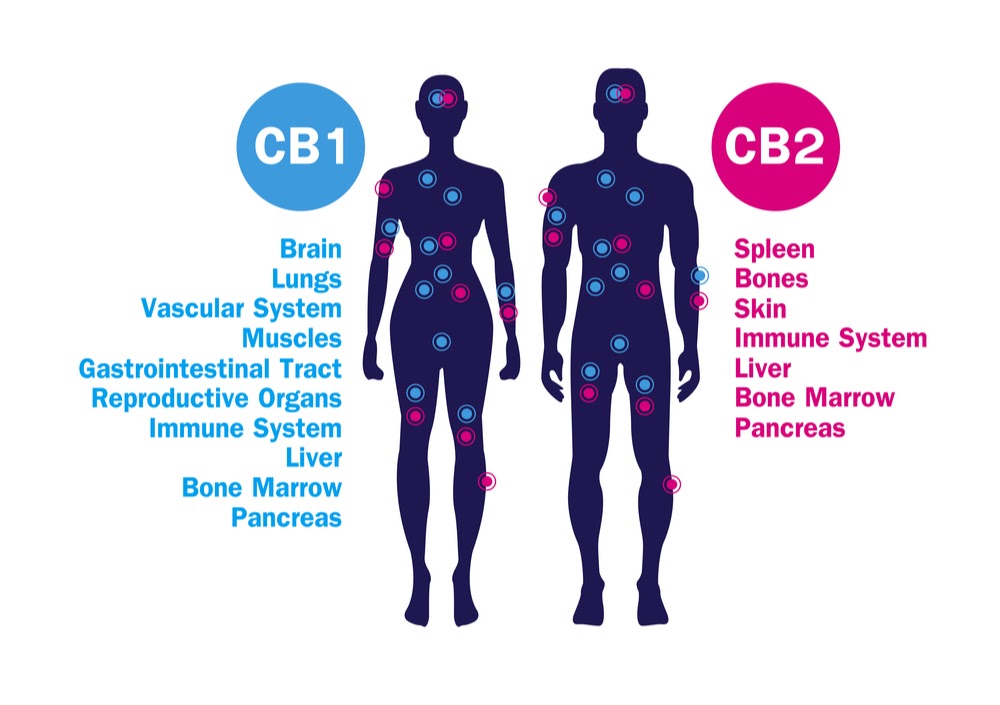 Scientists have known that THC binds to cannabinoid receptors in our bodies since 1981 but it’s only recently that the medical community has discovered an entire system that revolves exclusively around cannabis. They found that these cannabinoids inside our bodies, called “endocannabinoids,” are actually formed within our own bodies and are responsible for a variety of essential functions.

These endocannabinoids act as a form of control for ensuring everything in our body from appetite and pain to energy and mood are running smoothly and interact with our cannabinoid receptors.

Cannabinoids – What Role Does Cannabis Play? 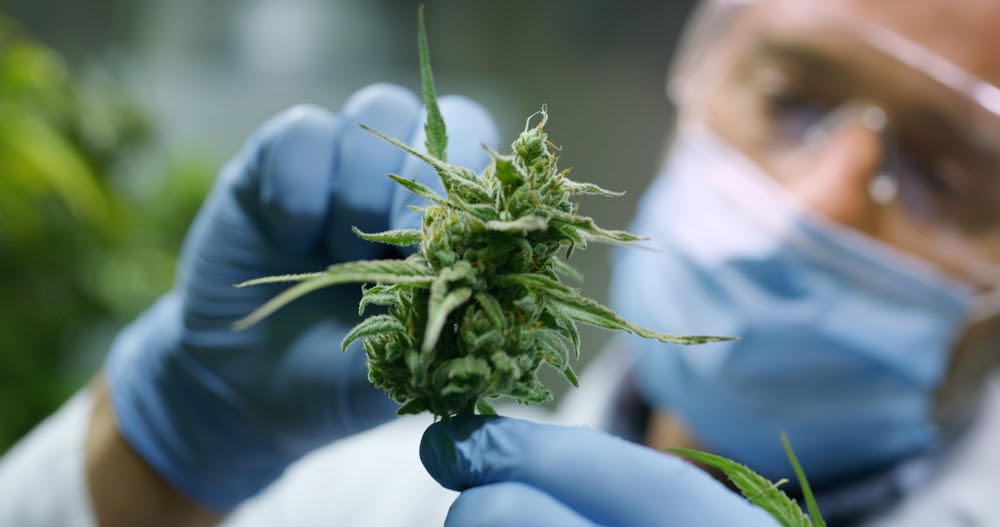 Whether your flower is a sativa or an indica, CBD or THC dominant, cannabis will have a major impact on your body’s system.

Also known as cannabidiol, CBD is effective in relieving both anxiety and pain. CBD has been discovered to reduce the strength of neurosignals from the pain-management area of our spinal chords. With its strength reduced, delivering pain sensations to our brain becomes a much more difficult process.

Current research is also suggesting that CBD could be extremely helpful in treating chronic conditions such as arthritis and cancer.

While not psychoactive itself, CBD can be used to combat overconsumption of THC – the compound responsible for the “high” effect. While not dangerous, the overconsumption of cannabis has negative side effects such as nausea, dizziness and paranoia. Administering CBD to someone who has consumed too much THC will help to level out the chemical reaction in the body and relieve the symptoms of “greening out” or over-consumption.

While the cannabinoid THC is known for its psychoactive properties, it’s also extremely effective as an analgesic and in alleviating nausea and vomiting, especially for cancer patients.

To create that classic “high” effect, the psychoactive THC cannabinoids mix with other neurotransmitters such as serotonin and dopamine to create a feeling of euphoria, relaxation and calmness. However, THC cannabinoids can negatively influence the higher order functioning of our brain and could impair motor control in addition to our  planning and decision-making skills.

Additionally, anybody who’s been high before knows the inevitable “munchies” or intense hunger that follows. Research has shown that cannabinoids play a selective role in taste and can actually stimulate our appetites. This makes THC cannabinoids ideal for medical patients who have lost their appetite as a result of harsh procedures or treatments. 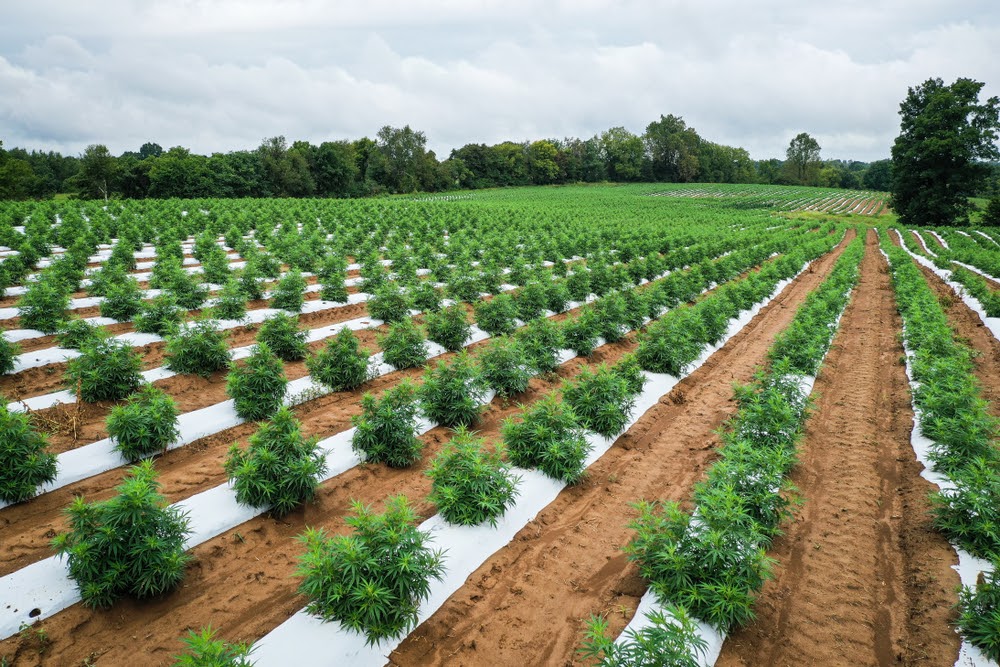 What’s the difference between hemp and cannabis? Do their cannabinoids differ a lot?

We’ve all dealt with it, you buy one hemp t-shirt and people ask if you can smoke it. In theory you can smoke hemp, just like you can smoke any dried herb or flower. However, that doesn’t mean it’s a common thing, and it certainly won’t get you high as cannabis cultivated for consumption.

Hemp is the non-psychoactive cousin of cannabis that’s cultivated primarily for its fiber.  Since hemp produces THC at an extremely low rate (0.2% or less),it’s an ideal candidate for creating CBD concentrates such as CBD oil.  Many children are being successfully treated for epilepsy and other rare illnesses through CBD with the help of educated doctors and medical professionals.

Cannabis has quite an unfair advantage over hemp as a medical substance. With THC and CBD at much higher levels than hemp, marijuana is capable of a little phenomenon called “The Entourage Effect.”

The Entourage Effect is essentially the understanding that CBD and THC become even more effective when used together. This is why cultivators have spent decades if not centuries, attempting to breed hybrid genetics to target specific illnesses, therapeutic needs and of course, social and recreational needs. 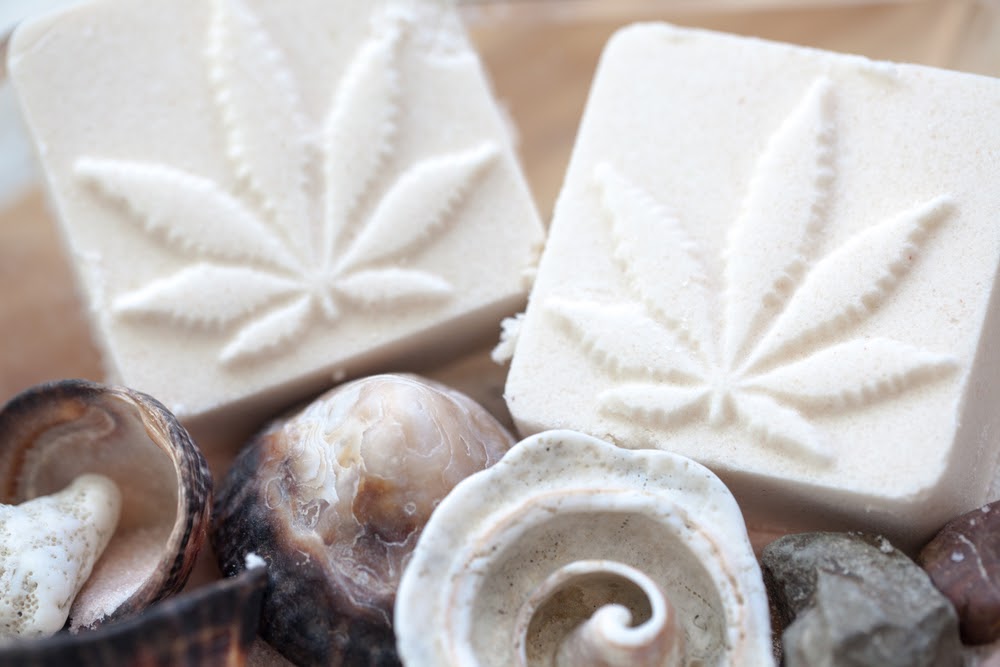 Cannabis-infused self-care and topical products have opened a whole new level of self-care products. Now your pamper routine will literally melt away all of your problems. Getting into a cannabis infused bath truly makes your bones and muscles feel like they are made of jello. If made with quality ingredients, the bath bombs don’t try out your skin, in fact they moisturize intensely because of the hydrating properties in cannabis oil.

If you’re wondering, we can assure you that no, cannabis topicals will not get you high even if they have THC in them. THC requires a fat to bond to to be absorbed into the bloodstream through the stomach lining, so when it is absorbed through the skin without a fat-soluble, the cannabinoids target physical pain and tension.

So go ahead and dip your toes into a cannabis infused bath as your introduction to a cannabinoid-infused lifestyle.

We promise you have never felt more relaxed.