Hashish is a well-known cannabis concentrate, even among non-consumers. Hash is made of the resin that glistens on your cannabis buds and makes them sticky. It’s also what helps to give cannabis its great fragrance. You may have heard of what it is, but do you know how to smoke hash?

Thinking of hash, you’ll probably picture a hookah pipe in a dimly lit, haze-filled room. Since hashish originates from the modern-day Arabian region, you’re not too far from the mark. While smoking hashish from a hookah is the most traditional method of consumption, it’s not your only option.

Wondering how to smoke hash? Get comfortable while we break down all of the different methods and ways you can enjoy this wonderfully potent and beautifully fragrant cannabis concentrate.

Different Kinds of Hash – How to Smoke 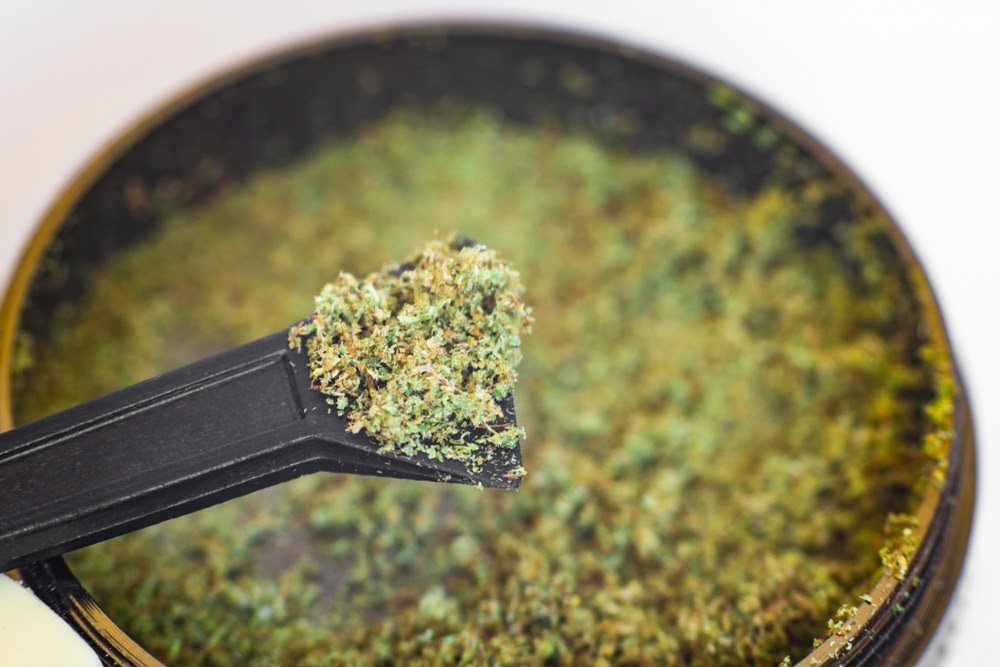 While not hash in the truest sense of the term, kief (the trichomes of the cannabis plant) are the powdery crystals that collects around the edges and corners of your grinder. If you have a multi-level grinder, it collects in the lowest chamber after falling through a couple of layers of mesh.

You can take these trichomes and sprinkle it on top of your bowls, in with the flower for your joint  or you can pack it really tightly into cubes or discs. Traditionally, hash is densely packed kief sold in small bricks or disc. 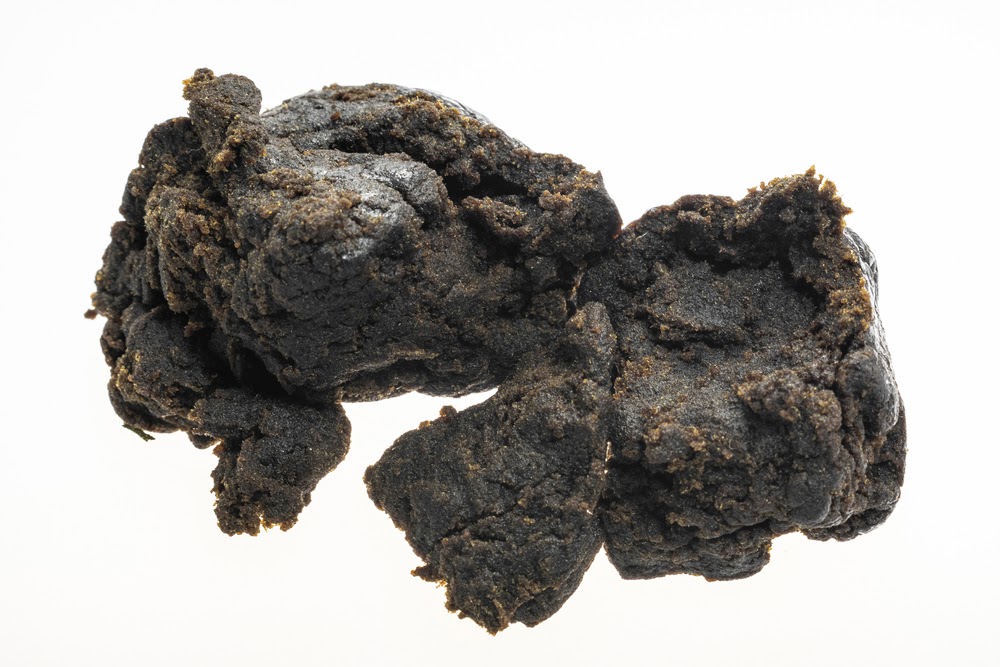 Traditionally hailing from the INdian subcontinent, charas became a widely used method of collecting the resin from live cannabis as it required zero equipment to cultivate, which was important to the people of India living without amenities and access to tools.

Cultivators vigorously rub a stalk of cannabis or a branch of buds between their two hands and over several minutes, a layer of resin begins to form. This collected resin is scraped off the hands with a dull blade and then slightly compacted for later use. 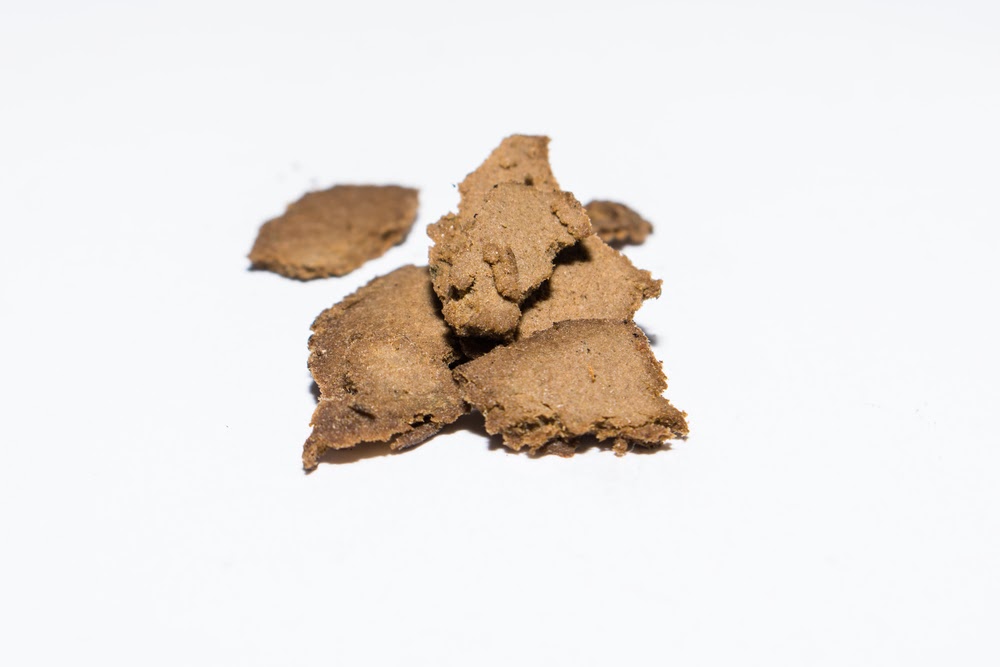 The most common and clean form of making hash, the bubble process uses freezing temperatures and vigorous movement to remove the trichomes from cannabis buds.

Several layers of ice and cannabis buds are submerged in water and then mixed by hand to agitate the plant’s trichomes (kief) and make it easier to collect. The plant matter is then removed and the weed-water is sifted through a fine micron mesh before the hash is dried and collected.

How to Smoke Hash – Different Techniques

Using a pipe or a bong is commonplace for smoking all varieties of hash. . Usually a bed of ground bud is packed in the bowl so the burn is more even. Charas especially are so dense that hash can be difficult to keep  lit so it’s a good idea to plan to use it with flower.

If you just want to enjoy chara on its own, roll a tiny ball and place into your bowl.  Pull into the chamber as you start lighting and you’ll know the chara is done when it’s a small little ball of whitish-grey ash. This technique can be applied to other forms of hash you’d like to smoke through a bong. 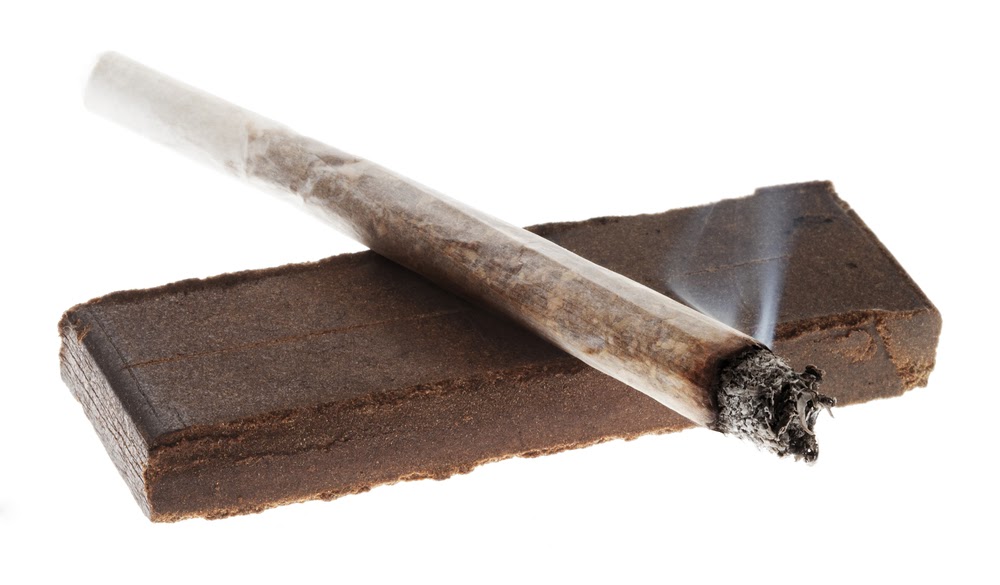 Is there a consumption method more simplistic than a joint?  As with using a pipe or bong, you’re going to want to lay a bed of ground bud before sprinkling or cutting in some hash before rolling and lighting up. A good technique is to roll the hash into a long snake the length of your joint and placing that on top of your bed of flower.

Tip: Using a mini cheese-grater to grind your hash into your bowl or blunt gets it fine enough for a beautiful and consistent smoke.

Although they typically prove more cumbersome than other ways of smoking, you should still try

one out at some point on your cannabis journey. Using a charcoal puck to burn and

almost melt the hash disc placed underneath it is a popular method for a cannabis infused hookah hit.

Many people also add fresh or dried fruit to the bowl for extra flavours in their smoke. 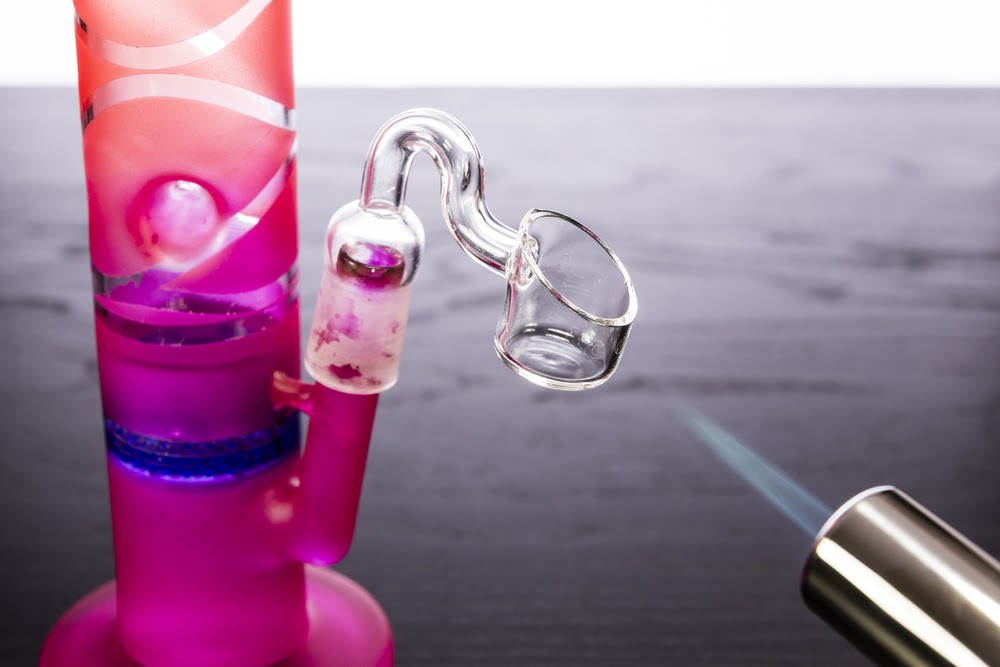 Dabbing essentially melts and vaporizes concentrate at high temperatures to produce vapour instead of smoke. Dab rigs are essentially glass bongs with specialized bowls on them capable of handling extremely high heat.

units however, a dryer concentrate such as hash can leave burned-on plant material

in your equipment that is extremely difficult to burn off or clean off completely.

A simple and easy way to incorporate hash into your cooking and baking is to make hash infused oil or butter. The simplest method is to mix your hash together with melted butter or an oil of your choice in a glass jar, sealing the top and then gently simmering it for an hour. If you want to take it to the next level, you can lightly toast your hash for half an hour to decarboxylate it and make your infusion more potent!

You can use your hash oil/butter in any application that calls for oil or butter.

Concluding Thoughts on How to Smoke Hash

With roots dating back nearly thousands of years, we feel the need to encourage you to enjoy a traditional hash sesh whenever you have the chance. Cannabis has always been a social, spiritual and therapeutic herb and enjoying some great hash with a group of close friends is a perfect way to celebrate the heritage of Hashish.

We hope this writeup helped to answer the question of “how to smoke hash” and encourages you to try this wonderful cannabis concentrate!